Be aware of your rights under Pawnbrokers Act 1972 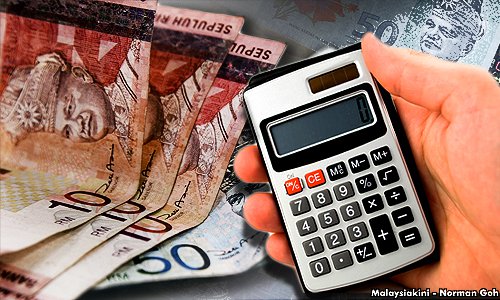 Pawnshops have been in business for decades in Malaysia and are a popular source of micro-credit in society. While there are institutions like banks and other financial institution, some consumers opt to go to pawnshops. There are several reasons, some may not be qualified to take loans, often a lot of paperwork is involved and banks don’t give loans for the small amounts, unlike pawnshops.
The National Consumer Complaints Centre (NCCC) has received complaints from the public that the pawnshops have not been running business in accordance to the rules being set out under the Pawnbrokers Act 1972. The underlying purpose of the Pawnbrokers Act 1972 is to guarantee a healthy pawnshops industry, as well as safeguarding the interest of the consumers.
The major complaint on pawn brokers received by NCCC is the jewelleries have been sold and auctioned off without informing the complainant beforehand. Another complaint is that despite the fact that the consumer had requested for an extension of time, the item has been auctioned off nevertheless.
There have also been incidences whereby some pawnshops that are not licensed have been charging interest as high as 6 percent. There has also been cases whereby pawn dealers did not return the extra money after the auction.
It is important for the consumers to understand and know their rights before engaging the service of pawnbrokers. One of the most important reminders to consumers is that they need to keep the receipt as a proof.
One must make sure that gold such as rings, necklaces to be weighed and measured accurately because as there were instances that jewellery was found to weigh less upon redemption. Therefore, it is important that the weight and the measures be recorded properly to avoid such incident from occurring.
Consumers should also deal with the pawnbrokers directly whenever they wish to extend the payment period. NCCC has received complaints whereby consumers has called the pawnshop to request for an extension; however it was not recorded and the item was sold off. Every extension requested should be updated and be recorded in the record book.
In a nutshell, there’s no harm in engaging with pawnbrokers, so long as consumers are aware of their rights and understand how this types of transaction work. Consumers may find out more about pawnbroking through our website or to contact the Urban Wellbeing, Housing and Local Government Ministry under the Moneylenders and Pawnbrokers Department.
SHABANA NASEER is senior manager, legal and policy, Federation of Malaysian Consumers Associations (Fomca)/National Consumer Complaints Centre (NCCC)
sumber :- http://www.malaysiakini.com/letters/378032