May 24, 2022 @ 6:26pm
KUALA LUMPUR: The public has been urged to boycott consuming chicken for a month to put an end to the skyrocketing price of the birds.

Federation of Malaysian Consumers Associations (Fomca) Datuk Dr Marimuthu Nadason said the public had been at the mercy of chicken price manipulators for too long.

"It's time to turn the tables and show them the power of the consumers."

"If we do not do this, the cartels and middlemen will continue to take us for a ride."
He said chicken and egg were the cheapest and most widely available sources of animal protein hence their prices were sensitive to manipulation.

"If Malaysian consumers are unwilling to change their consumption patterns and look for other sources of protein we are going to have serious food shortage issues."

"I'm sick of begging the government to ensure that food is available in the market. This crisis is never-ending and it has only just been compounded by the war, inflation and climate change. But if consumers unite to boycott chicken, they can send a strong message to those responsible for the shortage," he added.

The government previously set the ceiling price of standard chicken at RM8.90 per kg, however traders claimed that the birds were supplied to them at RM8.70 per kg, making it impossible to cover cost.

What took you so long, says Fomca over cartel probe

May 23, 2022 9:31 PM
PETALING JAYA: A consumer group has lambasted the government for taking its time before investigating claims about the existence of chicken cartels.

N Marimuthu, president of the Federation of Malaysian Consumers Associations (Fomca) questioned why the government had waited until a chicken shortage happened before investigating the allegations.

“The Malaysia Competition Commission was established to ensure the government had eyes and ears in place to prevent any cartels from functioning, yet it took a Cabinet meeting today for action to be taken,” he said.

Prime Minister Ismail Sabri Yaakob said earlier today that the investigation into claims of a chicken cartel would be completed by June.

Marimuthu said the government should have had better foresight. It must not delay the investigations any longer than necessary.

Meanwhile, Mydin hypermarket managing director Ameer Ali Mydin labelled the allegations of cartels as “shocking”. He said the prime minister’s statement had all but confirmed the existence of cartels.

“There is no place for these groups in Malaysia,” he said.

Federation of Malaysian Consumers Associations (Fomca) president Datuk Dr Marimuthu Nadason (pic) said the Approved Permit (AP) requirement should be abolished across the board to bring in more imports and allow more food industry players to come in to ensure there is sufficient supply in the market.

“(There must be) total abolition of APs. The government must also make trade practices much easier.

“Too many licensing requirements is a waste of time,” he said.

Marimuthu added that the government should assist small and medium enterprises (SMEs) in producing enough food for the people.

Efforts must also be made to increase employment opportunities and welfare allocations for vulnerable groups, and ensure that more lower-income people have access to education and affordable healthcare, he added.

He said the council should look into long-term measures to increase the food supply, create strong policies to protect the country against global economic conditions, and to reduce dependence on food imports.

“We need good agricultural policies in Malaysia. Don’t focus so much on land development. We need to focus on agriculture as well,” he added.

May 23, 2022 @ 9:30am
KUALA LUMPUR: Removing fuel subsidies for Malaysians and permanent residents with locally registered cars amid the soaring prices of goods and rising cost of living may backfire and cause higher inflation.

Federation of Malaysian Consumers Associations (Fomca) chief executive officer T. Saravanan said this was because suppliers and traders were extremely sensitive to fuel prices and would raise the price of goods whether or not they were affected by the subsidy removal.

"Even if they also enjoyed the subsidy, their excuse would be that everything else has gone up, and they too have to hike their prices.

"In times of such severe inflation, this is likely to backfire," he said, adding that middle-income families were experiencing hardship previously restricted to low-income households.

He was responding to a statement by Senior International Trade and Industry Minister Datuk Seri Azmin Ali, who said the government was looking to adopt a more targeted fuel subsidy mechanism.

Azmin had said government representatives had agreed that the assistance should be targeted at the deserving.

The bill for the assistance was projected to be RM28 billion for this year compared with RM11 billion recorded last year.

Saravanan, however, said consumers were struggling with the high cost of living, declining purchasing power, an uncertain economy, currency fluctuations and rising inflation.

"Putrajaya should be prepared to face the ire from the B40 and M40 groups if it plans to implement it now."

Fomca: Time is ripe for govt to have its own chicken farm

May 22, 2022 @ 5:17pm
KUALA LUMPUR: The time has come for the government to own and operate its chicken farm to ensure the supply of the perishable item is stable in the country.

Deputy President of the Federation of Malaysian Consumer Associations (Fomca), Mohd Yusof Abdul Rahman proposed that the chicken farms could be managed by government-linked companies or agencies that have expertise in livestock management.

He claimed that the current chicken supply crisis occurred because the poultry stock was controlled by certain cartels that could do anything, including limiting supply if they wanted to manipulate the price.

"Now is the time for the government to look into plans to (have its) own chicken farms which are an alternative to the reliance on private companies.

"This involves food security for the people because the supply can be limited or cut off, even for a period of a few days.

"Do not continue to be pressured by the game played by certain parties who seem to threaten the government by limiting chicken supply for various reasons," he said.

Although the supply of chicken is likely to be cut off for a short period only, Yusof stressed that the impact will still be felt by consumers.

He said the already rising prices would prove hard to come back down, with consumers and traders having to bear it.

"In fact, when there is an own (government) chicken farm, the government also does not have to rely on chicken imported from China," he said.

Govt to monitor e-hailing amid complaints of fare spike 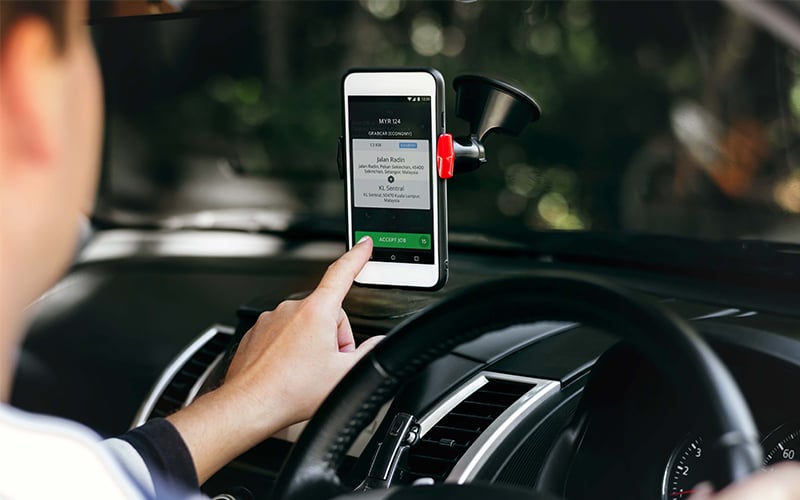 May 22, 2022 2:12 PM
KUALA LUMPUR: The government will monitor e-hailing services from time to time as well as gather and analyse information before any changes are made, including the proposed fare regulatory mechanism.

The Land Public Transport Agency (Apad) said factors such as the working environment of drivers, passengers, service providers, and others must be taken into account to ensure balanced supply and demand.

This follows complaints from passengers regarding the current e-hailing price surge and driver shortage, especially during peak hours.

The service fare was reported to have increased up to 400% during peak hours, triggering dissatisfaction among passengers and consumer groups.

They also called for government intervention, among others, including implementing an e-hailing fare regulation.

According to the agency, the concept of e-hailing service involves mutual agreement between users and service providers for travel bookings through an application that displays the fare amount. Users have the option to continue with the booking or not.

“To date, there are more than 10 major e-hailing service providers offering the service,” the agency said.

Meanwhile, Universiti Teknologi Malaysia (UTM) senior lecturer Nur Azam Anuarul Perai said the proposal to regulate prices, such as setting a ceiling price, may cause a shortage of drivers as they could quit due to inadequate returns.

Call for govt to abolish all APs

May 22, 2022 @ 9:30am
THE government has been urged to scrap all Approved Permits (APs) following the decision to revoke licensing requirements for food imports.

He said it was time Putrajaya abolished the system that had long been decried as a way for the rich and powerful to line their pockets.

"All this while, we have only enriched those with APs. I would like to personally say thank you to the prime minister for finally listening to us on scrapping APs for food.

"There is enough data to show that the world is on the brink of an unprecedented food security crisis.

"This makes it easier for anyone with the network and connections to bring in goods from anywhere and consumers do not have to rely on those who monopolise imports or food cartels."

He said Prime Minister Datuk Seri Ismail Sabri Yaakob had taken a crucial step to protect consumers, but he had to go the extra mile and scrap all APs once and for all.

On the issue of quality and safety, he said, the government had enough safety and health personnel to regulate imports under an open system like it was done under the AP system.

"This cannot be used as a ruse to not liberalise the system as a whole."

Read more: Call for govt to abolish all APs 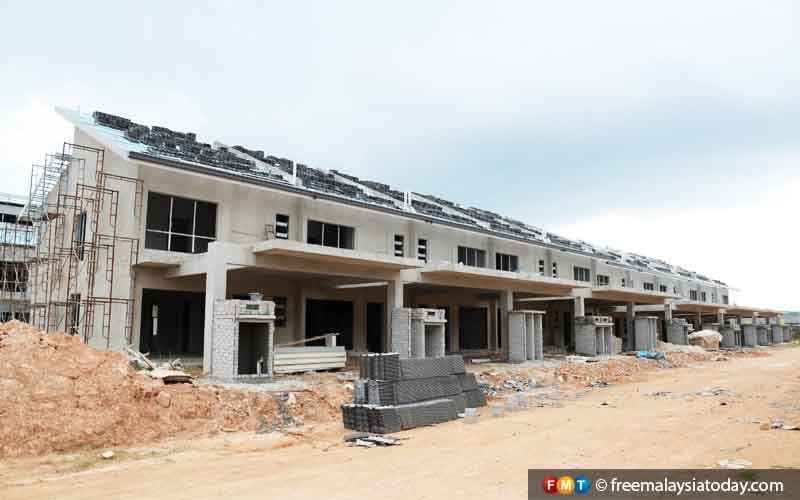 May 18, 2022 10:45 AM
PETALING JAYA: A consumer advocacy group has denounced property developers who require house buyers to sign an agreement to prevent them from speaking about defects in construction that are remedied during the defective liability period (DLP).

National House Buyers Association secretary-general Chang Kim Loong told FMT he was concerned that “rogue developers” were trying to silence purchasers through the non-disclosure agreement (NDA).
“House buyers who sign the NDA would be exposed to potential legal action if they share with others details of the defects in their properties,” he said.

“This must be stopped.”
He advised house buyers against signing such an agreement.

A Klang Valley resident recently claimed to have signed an NDA following repairs made to the unit during the DLP. FMT is withholding the identities of both the developer and the resident.

Lawyer V Rajadevan told FMT: “I don’t see the need for an NDA unless the developer is trying to hide the fact that a claim for liability has been settled or is worried about bad publicity.”

He also said the law recognised the developer’s liability to make repairs during the 24-month DLP, which starts from the date purchasers receive vacant possession of their homes.

“If a developer forces a buyer to sign an NDA as a condition for repairs, then legal action can be taken because it is the developer’s duty to make good the defects during the DLP.” 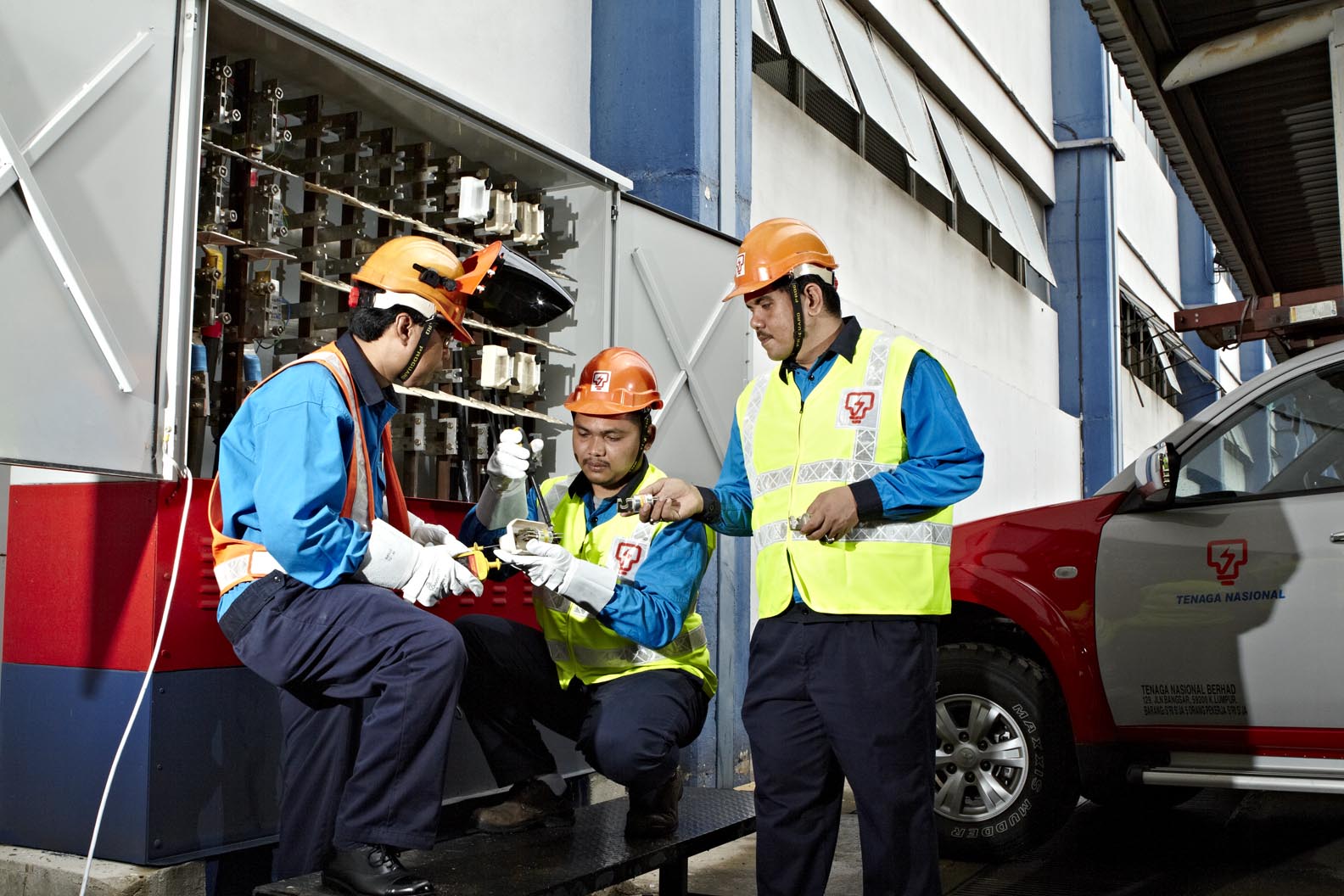