MOH: Stop Using Your Hand For Temperature Scans. Use Your Head 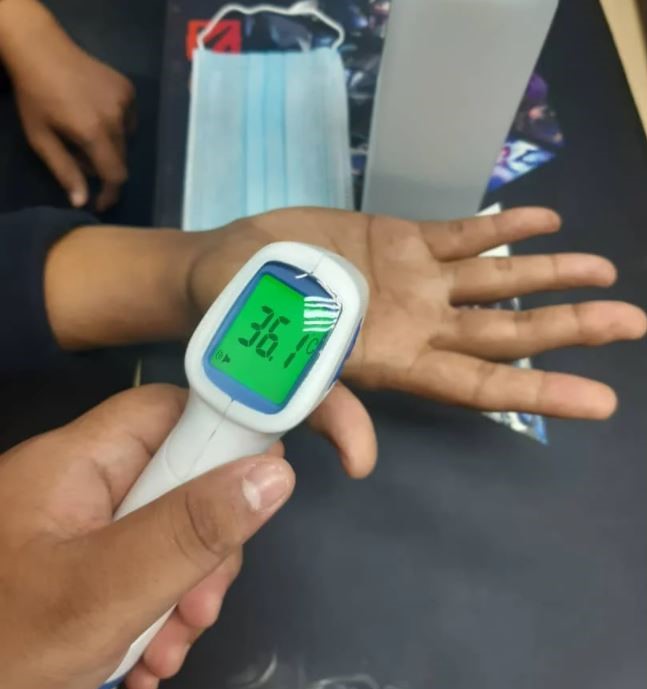 29 Sep 2020, 06:06 PM
The Ministry of Health (MOH) is again advising the public not to use their hands or any body part other than the forehead to scan their temperatures

According to Harian Metro, Health director-general Tan Sri Dr Noor Hisham Abdullah said that the ministry discouraged people from recording their body temperatures by pointing the 'temperature gun' at the wrist, which he noted many have been doing lately.

"The temperature reading from body parts other than the forehead is doubtful, so in relation to that, the public is advised to stop using their hands or other body parts," he explained.

According to Seattle Children's Hospital, a person's clinical body temperature is normally measured at the forehead, ears, mouth, armpit, or rectum.

Rectal temperatures are the most accurate but are the most invasive, which is why doctors opt for next best screening area - the temporal artery in the forehead.

Arms are not considered in temperature checks as they are the peripheral parts of the body, and extremities would have temperatures that vary depending on environmental conditions.

The normal human body temperature varies from 36.5°C to 37.5°C, any temperature higher would be considered a fever.
Dr Noor Hisham also assured that there have been no reported side effects of scanning the forehead with infrared light

"We do not deny that many people are worried about side effects if they use the thermometer on their foreheads, but as far as we know, there is no scientific data that states it will cause illness," he said.