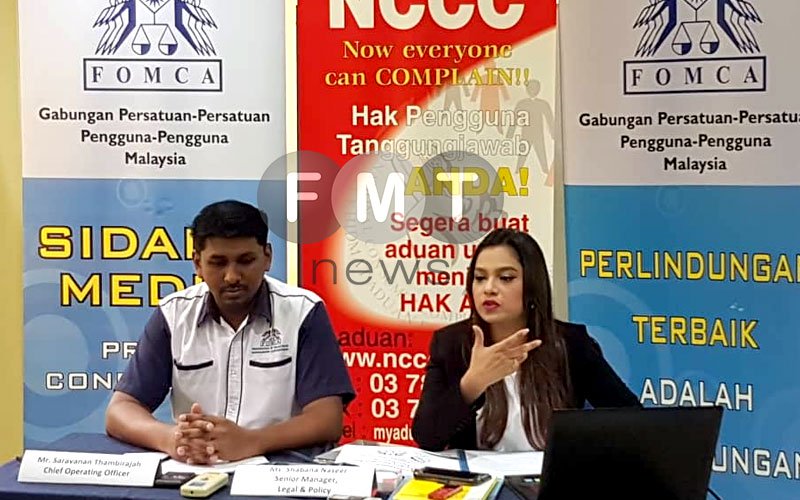 PETALING JAYA: The government must step in to impose greater oversight of the online retail industry in Malaysia, the National Consumer Complaints Centre (NCCC) said.

This, it said, was because of the numerous complaints received after the Singles’ Day Sale, also known as 11.11 sale.

NCCC, a division under the Federation of Malaysia Consumers Associations, received more than 100 complaints on the sales festival which falls on Nov 11 every year.

“Many of them paid, received notification from the bank that their money had been deducted but the product that they paid for was then cancelled by the vendor.

“Their money was then refunded into their e-wallet. They were never given an option whether to receive the refunds via bank account or e-wallet,” he said at a press conference.

Saying more similar online sales events were expected in the future, Saravanan hoped the government would set firm guidelines so that there was control over e-commerce.

He said a memorandum would be sent to the domestic trade and consumer affairs ministry by next week to urge it to implement better enforcement so that consumers’ rights were protected.

Besides setting guidelines, NCCC’s senior manager for legal and policy matters Shabana Naseer suggested that the government should push for greater oversight of online purchases and for online merchants to improve their systems and customer service responses.

“After trying to reach them myself, I find that the hotline isn’t user friendly. Their systems have to be efficient enough to meet buyers needs,” she said.

Other complaints received include purchases not being reflected on websites despite money having been deducted from bank accounts, delays in refunds, non-delivery, money trapped in e-wallet, and sudden increases in the price of goods.

Shabana revealed that complaints the NCCC had received regarding e-commerce showed a sudden spike from 7,371 complaints in 2016 to 10,160 in 2017.

“Consumers themselves need to play a role. They should check the background of the company they want to purchase from. Read the terms and conditions. Call the Companies Com­mission of Malaysia (SSM) to check if the company is registered,” she advised.