Fishermen's market a shell of its former self 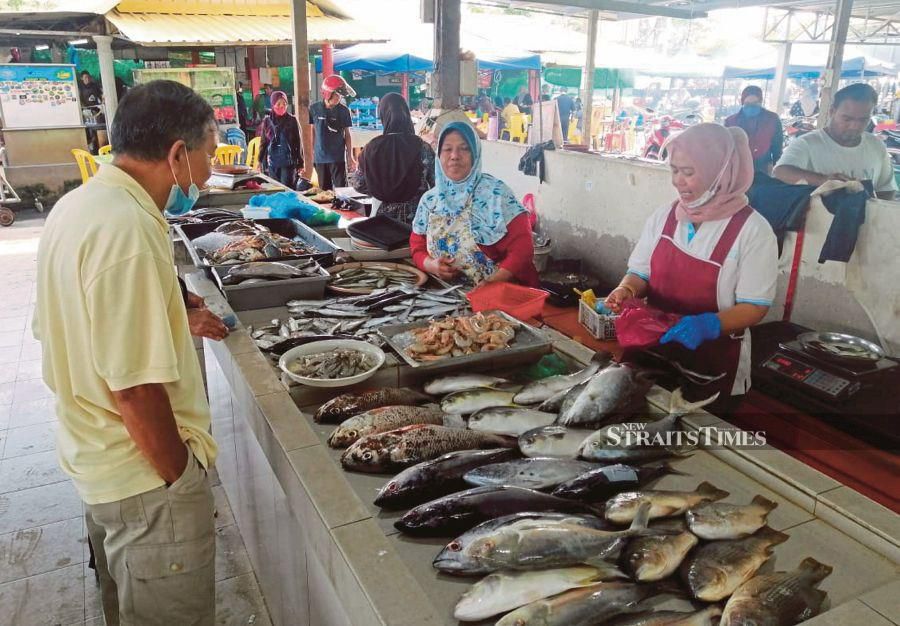 The Kuala Kedah fishermen's market was a hive of activity, with customers jostling with each other to secure the freshest catch of the day from barrels of fish supplied by fishermen who tirelessly made the journey out to sea every day.

A decade later, the market is a shadow of its former self.

The four fishmongers, including Salmiah, no longer have a wealth of choices. They sell the little that the fishermen bring in for them on any given day.

In the past few weeks, bad weather had prevented fishermen from going out to sea.

However, the overall situation remains grim.

"When I first started selling here in 2010, we had many barrels of fish to sell. The market was teeming with fishmongers and business was great.

"However, supplies have dwindled over the years. Things have also gotten worse over the past four months," she told the New Straits Times.

She said the acute shortage of fish, caused by unpredictable weather, is putting a strain on coastal fishermen.

"Many of us were forced out of business. On really bad days, maybe two stalls would open as there would be no fresh catch to sell."

Salmiah said the scarcity of supplies has caused prices to shoot up.

She said ikan kembung (mackerel) used to retail at RM8 per kg, but is now sold at RM15 per kg.

The sellers also only get around three to four kilogrammes of ikan tenggiri daily.

The fish, she said, is also getting smaller. And so is their profit margin.

Another fishmonger, Naim Muhammad, 23, said he is struggling to get a supply of squid.

"Earlier this year, I was selling squid at RM28 per kg.

"Now, with the supply shortage, squid prices have gone up to RM35 per kg," he said.

Naim added that they were also getting fewer ikan jenahak and ikan selayang, attributing this to the smaller number of bigger fishing vessels going out to sea.

"The C2 Class vessel operators are badly hit by the skyrocketing price of diesel, which has breached the RM5 per litre mark.

"This is a huge difference compared with the RM1.65 per litre for smaller class boats such as class A, B, and C that benefit from government fuel subsidies."

Hamid said this has impacted the sea-catch volume as the smaller fishing boats were affected by unpredictable weather.

"Previously, fishing vessels would go out to sea four times per month, spend five to six days there before returning.

"Now, almost no boats are going out because the operating cost is too high.

"Many operators are reluctant to venture out into the open sea for fear of suffering huge losses due to the high fuel price."