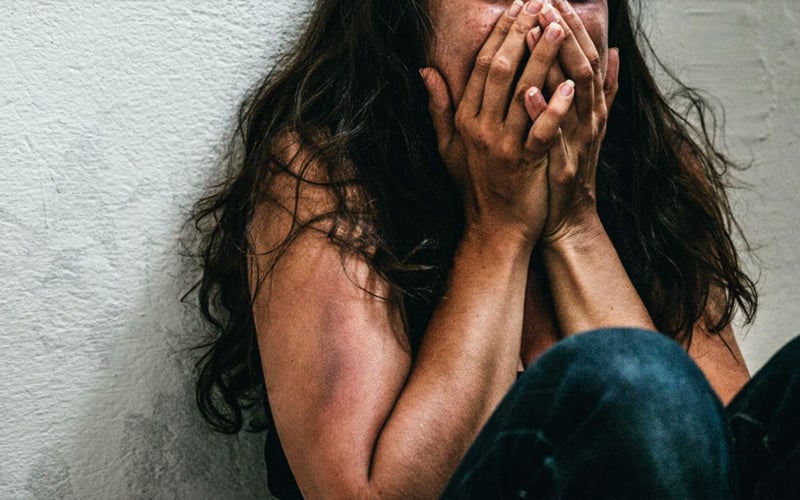 November 25, 2020 9:58 AM
PETALING JAYA: Newly-wed ‘Nellie’ jumped from the balcony of her first floor flat at 3.30am to escape her abusive husband, one week into their marriage.

The 21-year-old emotionally and physically battered bride required surgery, having suffered multiple fractures on four toes in the fall.

She was forced by her family into an arranged marriage on March 14, four days before the movement control order (MCO) was enforced in Malaysia because of the Covid-19 outbreak.

On the first day of the MCO, her husband began beating her. He threatened to hunt ‘Nellie’ and kill her if she tried to flee.

‘Nellie’ was recently discharged from the hospital and is at a Women’s Aid Organisation (WAO) shelter where she is being assisted with case management.

The story of ‘Nellie’ paints a bleak picture of life for women for whom the lockdown of fear and abuse has intensified.

The Covid-19 crisis seems to have brought out the worst of human behaviour with reports of violent offences lighting up helplines.

Putrajaya and policy leaders must take swift action to address the growing dilemma of domestic violence as the country faces an uptick in infection numbers, new restrictions and lockdowns.

The cost of doing nothing is unacceptable.

With today being the International Day for the Elimination of Violence against Women, it is a fitting time to look at the implications the pandemic is having on families, relationships and couples.

FMT spoke to WAO’s Head of Programmes, Joanne Melissa Wong, to ascertain how Covid-19 has compounded domestic violence against women eight months after the outbreak of the virus in Malaysia.

Here are excerpts of the interview:

Is domestic violence becoming more prevalent in the conditions created by the pandemic?

The unfortunate reality is that domestic violence (DV) is ever-present in our society.

While DV stems from gender inequality and patriarchal norms, which in turn create unstable power dynamics in relationships, these issues can be exacerbated by factors such as financial stress and uncertainty about the future.

Since the start of the pandemic, many women and children have been isolated at home with abusive partners or family members.

The pandemic, while not the cause of domestic abuse, has created circumstances ripe for such mistreatment.

The environment facilitates the abuser’s ability to control and hinders the survivor’s chance of getting help.

Relationships with an existing power imbalance may devolve into abusive ones with the loss or instability of employment and regular income brought on by the pandemic and accompanying economic downturn.

And along with additional stresses like childcare and health, abusive situations are likely to escalate further, causing an overall rise in DV.

Are WAO hotlines lighting up with abuse reports?

The total number of calls received from March to September via the WAO Hotline is 2,412 and 2,976 through the TINA-WAO WhatsApp.

Should the government have seen the surge in domestic violence during the lockdown?

Unfortunately, we have seen crises often lead to disproportionate negative impacts for women, including in the form of DV.

For WAO, the pandemic has simultaneously been a call to action and a test of our resilience and ability to not only sustain but to quickly grow and adapt to new challenges.

How intense is psychological and physical mistreatment when people are together 24 hours in a reduced space?

We see more domestic disputes escalating. Some common factors are the loss of income, stress of family roles in parenting chores and struggles to apply for government funding.

Gender roles also increase tensions between the family and result in psychological and physical abuse.

Apart from physical violence what are the other common tools of abuse?

Non-physical ones include socially isolating the survivor from friends, family and support systems.

Other forms relate to restricting the survivor’s access to joint resources and from earning an income.

Or by draining the survivor’s own financial resources, insulting and demeaning them and slowly breaking down their sense of self.

DV is about acting on a power imbalance in an intimate relationship through exercising control.

Have women become more vulnerable as a result of juggling multiple responsibilities during the pandemic?

With the increase in unpaid care work as a result of children being out of school, families being home more, and ill or elderly family members to care for, the burden on women has increased significantly.

This is especially so for women who are employed and juggling personal and professional responsibilities.

Besides adverse psychological and physical impacts on women, this has also had economic impacts on them.

They have been forced to leave or scale back their income-generating activities, whether full-time, part-time or self-employment.

A lack of economic independence and stability can also make women more vulnerable to gender-based violence.

Are women doing more domestic work than men during the pandemic?

According to a UN paper, prior to the pandemic, women were doing three times as much unpaid care and domestic work as men.

Now, with children out of school, more meals to prepare at home, and the intensified care needs of older persons and ill family members, the care burden has increased exponentially.

A 2019 study by the Khazanah Research Institute found that Malaysian women surveyed were shouldering a double burden.

They spent nearly 64% more time than men on unpaid care work, despite working almost the same number of hours as men in paid employment.

What about women attempting to become financially independent in order to leave the abuser?

The loss of employment or income-generating activities may result in them being forced to stay in the abusive situation and to continue to be subjected to violence.

In other situations, where the husband is the primary earner and loses his employment, this may create significant additional stress on the family.

In circumstances where there is already abuse or a power imbalance in the relationship, this could exacerbate the situation and result in violence.

What can be done to ensure survivors stay connected with the outside world?

It is vital that government and NGOs increase their outreach and find creative ways to reach survivors who may be in need.