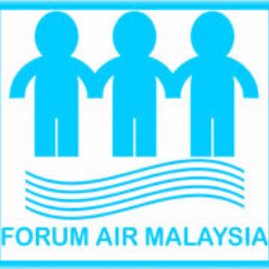 March 22, 2022 @ 12:15pm
KUALA LUMPUR: The government should seek the expertise of hydrogeologists in exploring the use of groundwater as an alternative water source during the dry season.

Forum Air Malaysia president Saral James Maniam also called on the Environment and Water Ministry, and other related agencies, to guide the public in constructing tube wells (or boring wells) for groundwater extraction.

The use of tube wells, she said, is gaining traction among people in Kelantan, particularly for those who do not receive their water supply from Air Kelantan Sdn Bhd, while some residents utilise groundwater as an additional water source.

"Water pollutions are not new here and most consumers are getting bored and tired of frequent unscheduled disruptions.
"In the field of geology, the use of groundwater resources is among the solutions to the problem of pollution of surface water resources.

"Although surface water is depleted during droughts, groundwater resources can still be exploited by using a well system that is either dug or drilled to the aquifer layer.

"The advantages and benefits of groundwater are undeniable. It is also a source of water that is not susceptible to pollution, unlike surface water.

"Mineral-rich groundwater sources can continue to be used as drinking water, but must first be tested for suitability before being used by the public," she said in a statement today.

Saral made the proposal, in conjunction with World Water Day today, with "Groundwater: making the invisible visible" being this year's theme.

"Groundwater is a vital resource that provides almost half of all drinking water worldwide, about 40 per cent of water for irrigated agriculture and about one-third of water required for industry.

"It sustains ecosystems, maintains the baseflow of rivers and prevents land subsidence and seawater intrusion," she said.

Saral also urged the public to make an assessment on their water consumption, and from that, identify ways to save water at home or workplace.

"World Water Day is good reminder that water is very important to all human beings. Do remember also that water makes up 60 per cent of an adult human's body.

"Without changing and improving our behaviour and accounting for the difference on how we have consumed water last year compared to this year, World Water Day will only be another celebration without impact," she said.

World Water Day is observed on March 22 every year, since 1993, to highlight the importance of freshwater.

The World Health Organisation (WHO) and Unicef, in 2019, estimated that at least 2.2 billion people in the world lack access to safe drinking water.

In 2020, both organisations found that three in 10 people did not have the necessary resources to wash their hands with soap and water.